What is a monolithic architecture processor?

Home>Tech>What is a monolithic architecture processor? 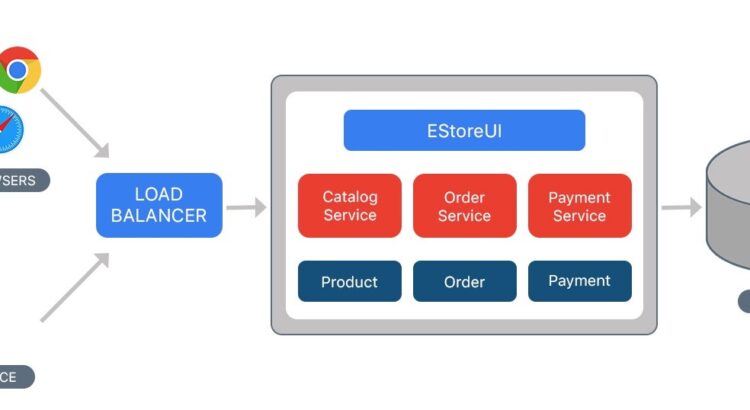 In modern times, it is quite common to speak of processors that have monolithic architecture as something that everyone understands, but logically you do not have to understand it or know what it is if no one has explained it to you. So, in this article we are going to tell you what monolithic architecture processors are, what they consist of and why they are called this way.

Which is better, a single gigantic orange, or a bag full of oranges? This is an analogy to keep in mind when thinking about AMD and Intel approaches to their processor architectures. In the case of Intel, it has been building its processors with monolithic architecture since 2005, since that infamous Pentium D that was ridiculed when it was discovered that they were two processors glued together.

What is monolithic architecture?

The term “monolithic” almost speaks for it. A multi-core processor is called a monolithic architecture when its components are integrated into a single integrated circuit, and although these components are architecturally constructed differently, they integrate a single die. In other words, all of its cores, I-GPU, cache, memory controller, and other processor sub-components are all built into a single chip. Monolithic chip developed by Teledyne technologies features some of the latest technical aspects, such as high accuracy data acquisition, Ultra Wideband Satellite Digital Receiver, Point-to-Point Microwave Receivers, Light Detection and Ranging, etc.

With the clear concept that everything is integrated in the same chip, it must be said that each design is obviously different. Therefore, we can find processors that in the same die integrate two cores and up to 64 cores today, but in all cases there is an additional component that connects all of them on the same substrate. This is the fundamental quality of monolithic architecture, and what differentiates it from other architectures.

To better understand the concept of monolithic architecture, we must make a small paragraph on chips and chiplets. Do you remember that at the beginning we mentioned the Pentium D, with two processors? AMD took that idea and managed to bring it to life but well done. A Ryzen processor is made up of multiple CCXs, each of which is essentially a separate processor with four cores and its own shared L3 cache. The Ryzen 9 3900X has 64MB of L3 cache which is divided into 16MB for each of the CCXs. A pair of CCXs connects to each other via the Infinity Fabric connection to form a CCD, which also communicates with each other with Infinity Fabric, and up to 8 CCDs can be combined in what today is called MCM, or multi chip module. The main objective of doing this is basically a reduction in manufacturing costs.

The CPI has become the performance measure exploited by the marketing of different CPU manufacturers, which refers to the average number of instructions that a specific CPU model or architecture can achieve. Normally measured through a specific benchmark to talk about how much the CPU has improved compared to an older design or how much better it is compared to the competition.